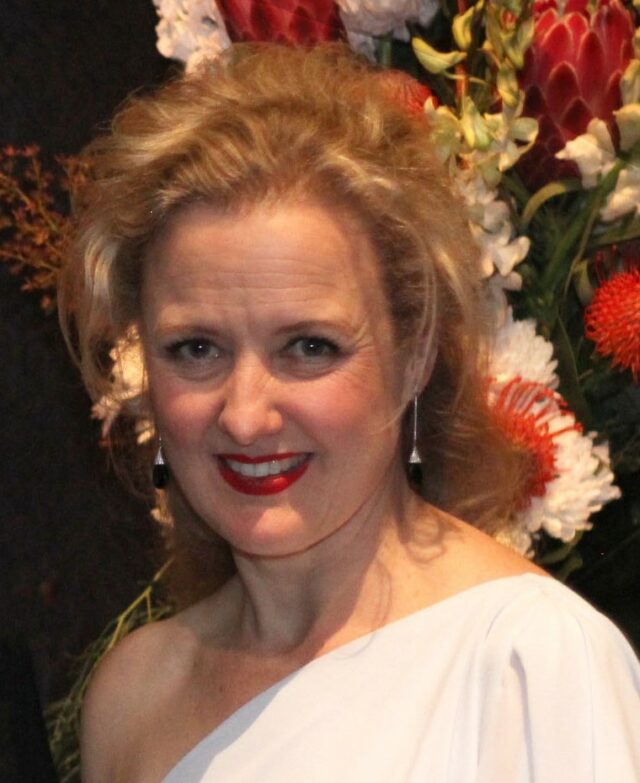 Taryn attended Churchlands Senior High School as a music student from 1985 to 1989. She then completed a music degree in cello at UWA, before undertaking voice studies. An Arts WA Scholarship and a Churchill Fellowship enabled her to study in England with Emma Kirkby, Evelyn Tubb and Jane Manning. She has performed in a wide variety of settings and genres in Australia including with the West Australian Symphony Orchestra, the Australian Brandenburg Orchestra and many contemporary ensembles. In 2005 Taryn joined Opera Australia as a principal soprano and has performed many roles including Zerlina in Don Giovanni, Mabel in The Pirates of Penzance, Clorinda in Cenerentola, Musetta in La bohème , Eliza Dolittle in My Fair Lady. She continues to be in demand for opera roles and concert performances.

Taryn credits her years at Churchlands as an important formative experience where her love of music was inspired and encouraged by teachers such as Pru Ashurst, Gillian Croston and Rosemary Iversen. She believes their passion and commitment for music education was a great gift that has had a major impact on her musical career. The interest and support of other teachers outside music, notably Geoff Parker is also something she values greatly.