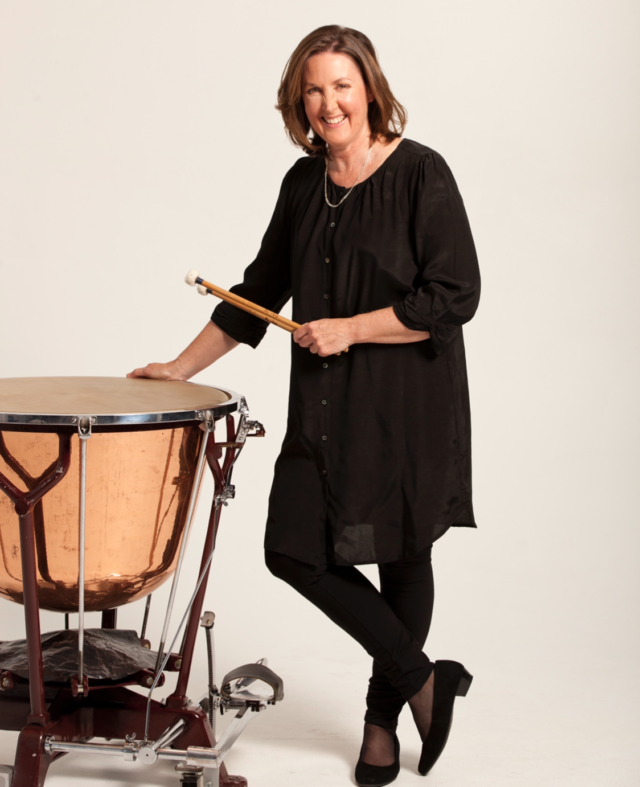 Chris was in the second cohort of music students at Churchlands in the Class of 1977. She studied percussion at Churchlands and obviously showed great promise from early on, as she was playing gigs with WASO when she was really supposed to be in class. She studied music at UWA and the Victorian College of the Arts, gaining a position in the Melbourne Symphony Orchestra in 1981, and becoming the Principal Timpanist in 1988. In 1992, Chris won an Australia Council Grant to study timpani in the US. In conjunction with her career in MSO, Chris worked with many other orchestras in Australia and overseas. She played on dozens of original film scores, including Crocodile Dundee, Mad Max, The Man From Snowy River, and Babe. After a remarkable 35 year career with the Melbourne Symphony Orchestra, Chris has now retired. Over the course of her career, Christine made a major contribution to professional orchestral music in Australia.