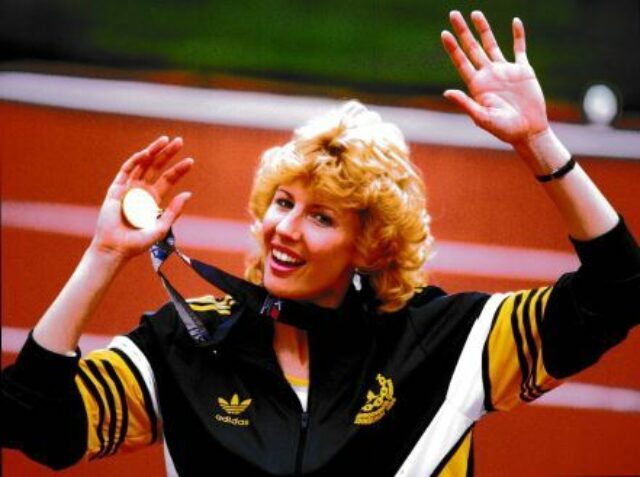 Christine attended Churchlands Senior High School from 1972 to 1976. At the age of 15 Christine was selected in the first of many open Australian Track and Field teams. A year later jumping her own height 1.83m (6 foot) she earned selection for the 1976 Olympic Games, which she attended although not as a competitor. Her Olympic dream was achieved at Moscow in 1980, where she finished equal sixth.

Christine has an amazing international athletic record as an Australian athlete; winning silver at the Brisbane Commonwealth Games; a finalist in the 1984 Los Angeles Olympic Games; a gold medal in the 1986 Edinburgh Commonwealth Games and finished seventh at the 1988 Seoul Olympics with a leap of 1.93m. In 1985, she produced her career-best height of 1.96m (6 foot 6 inches) in a seven-event heptathlon in Adelaide. This for many years was the world best height recorded in a heptathlon. Christine also won the Australian long jump and high jump open titles in the 1981 Australian Championships.

Christine has been inducted into the Western Australian Hall of Champions, the Little Athletics Australia and WA Hall of Champions and in 1989 was the recipient of the Edwin Flack Award for the development and promotion of Australian Athletics. In 2000 she was awarded the Australian Sports Medal. Christine’s career also includes selection for the Australian Netball Team (1985). Christine continues to work for the development of athletics in Western Australia as a coach and spokesperson.

Upon retirement Christine took up a new sport – tennis where she has won many pennants with her Wembley Downs Tennis Club teammates and in 2019 was named ‘Most Valuable Player’ for the Grass Court mid-week women’s tennis open division one.