The Churchlands Senior High School Board is currently chaired by John Gillon, former Churchlands Alumni ('68). He leads a commmitte consisting of the School Principal, together with business and marketing professionals. 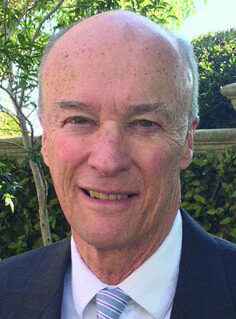 John Gillon
John is a member of the Churchlands Alumni and his many achievements as a student include serving as Head Boy in 1968. John has degrees in Commerce, Jurisprudence and Law, has been a Fellow of the Australian Society of Certified Practising Accountants and is a Notary Public. He was Principal at Gillon & Associates, Commercial Lawyers and Consultants where he practiced corporate, commercial and property law. John brings his experience as a director of numerous public and private companies and his commitment to education and service to the board. John has established a truffle farm and gardens in the Ferguson Valley. 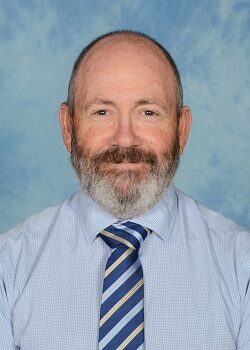 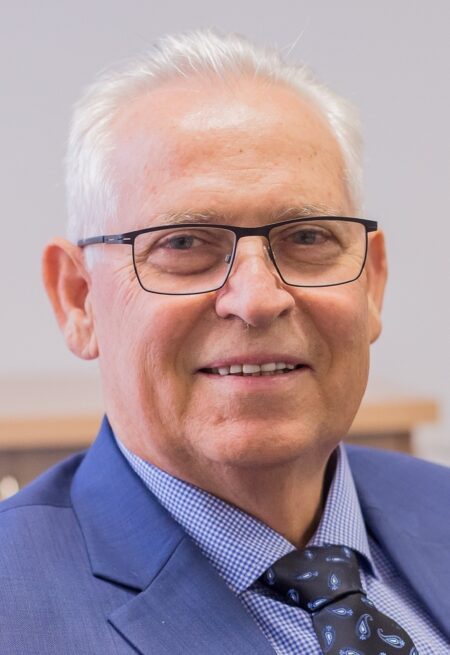 Neil Hunt
Neil commenced with the Department of Education in 1972 as a Mathematics teacher. Since then he has held positions as Head of Department (Mathematics), Program Coordinator (Senior School), Deputy Principal and Principal. His first Principalship was at Swan View Senior High School in 1998, followed by his appointment to Churchlands Senior High School commencing 2003. Since then, he has overseen the growth of the school from 1250 students to now in excess of 2800 students accompanied by over $70 million in infrastructure projects.

In July 2020 Neil commenced his current role as Principal Program Director to Program Kaartdijin. This has been established to develop and implement a technologically robust solution to replace the SIS Classic system used by the Department for the past 20 years as its Student Information System.

Neil holds the following principles as critical to his success: Student support and well-being to enable the provision of a rigorous curriculum, Opportunities to undertake a wide range of sporting and cultural activities including International travel, The development and fostering of community shared values, and staff/student leadership development. 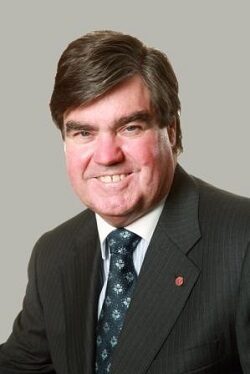 Alan Bishop (AM)
Alan is a former student of Churchlands and a founding principal of Elkington, Bishop Molineaux Insurance Brokers Pty. Ltd. (EBM) in 1975. Alan has worked for over 45 years in the insurance industry, and has held many positions with the National Insurance Brokers Association of Australia (NIBA) over 23 years of service, including that of National President from 1996 to 1998. Alan served a record 16 years as a Director on NIBA’s National Board, representing Western Australia, and is one of only eight people to be awarded an Honorary Fellowship of NIBA. Alan is a strong supporter of 'Adult & Teen Challenge Foundation', the new 'Ronald McDonald House' and 'So They Can' as part of a wide range of charitable and community involvement.

Alan was honoured with an Order of Australia (AM) in 2019 for his services to the insurance industry and the community.

Dudley Elliott
Dudley is a former student graduating in 1980 as part of a fantastic group of Year 12s. He was one of the early group of students doing Year 12 Japanese and immediately after high school went to Japan for a year as part of the exchange program with Yamate High School in Yokohama. After another stint in Japan in 1992 he became secretary of the Australia Japan Society of WA (Inc) for about 10 years. Married to Angie (nee Dew who also graduated in 1980 from Churchlands) he has two adult children.

A Commonwealth banker for seven years whilst he completed his undergraduate degree, he then left the bank in 1998, became a Chartered Accountant in public practice and was a partner at Deloitte Touche Tohmatsu (Deloitte) from 1999-2007. In 2007 he left Deloitte to establish a practice in Subiaco where he operates from today. Further studies include Graduate Diploma of Financial Planning from FINSIA and Masters of Taxation from the University of Melbourne.

In the not-for-profit sector other Board positions include Treasurer of the Alinea (formerly Spine & Limb Foundation Inc), Treasurer for the Royal Agricultural Society of WA (Inc) and responsible person for client Private Ancillary Funds.

Tracey Gralton
Tracey is a member of the Churchlands Alumni, having attended Churchlands as a Music student from 1976-80. Five of her children are also graduates and she has two daughters currently at Churchlands. Tracey has degrees in Music and Education, and a Masters in Educational Measurement and currently works for the School Curriculum and Standards Authority in population testing programs such as NAPLAN and OLNA. Tracey has served on the Churchlands P & C, and the Music Parents’ Committee and highly values the rich and thorough education Churchlands offers. She is involved in other community groups and continues to enjoy music; playing the piano, singing in a choir and attending concerts.

Damian Quail
Damian is an Alumni of Churchlands, having attended with his three brothers in the 1980’s. He still lives in Churchlands and his three children will attend CSHS commencing in 2022. Damian was Head Boy of both Churchlands Primary School (1984) and Churchlands High School (1989), and he was year Athletics Champion at each school in 1982, 1983 and 1984 and 1987,1988 and 1989.

Damian is a Partner at Williams & Hughes Commercial Lawyers, and he has practiced as a lawyer for over 25 years in the mining, commercial and technology fields. He was President of the WA Mining Club across 2019-2020, having previously served as Secretary and Manager of the Club’s Scholarship Program for four years. Over that period he managed the award over 40 scholarships to high school and university students, and he hopes to bring that experience to the Churchlands Foundation’s scholarship program. Damian was a founding trustee of the Rotary Club of Crawley Charitable Foundation. Damian holds Bachelor of Commerce (1st class Honours) and Law degrees from the University of Western Australia.

*The Board also receives input from the Corporate Services Manager, Arlene Thomas and the Marketing and Media Officer, Helena Francis.